There’s been a lot of discussion this week about “open review.” Kathleen Fitzpatrick and Avi Santo have drafted a thoughtful and polished white paper on the topic, with input from many other hands. Alex Reid also commented insightfully. 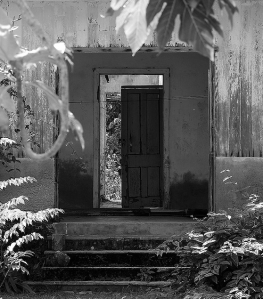 Though my assessment of print scholarship is not as dark as Alex’s, I do share a bit of his puzzlement. To me, the concept of “open review” sometimes feels like an attempt to fit a round peg in a square hole.

I’m completely convinced about the value of the open intellectual exchange that happens on academic blogs. I’m constantly learning from other people’s blogs, and from their comments on mine. I’ve been warned away from dead ends, my methodology has improved, I’ve learned about sources I would otherwise have overlooked. It’s everything that’s supposed to happen at a conference — but rarely does. And you don’t have to pay for a plane ticket.

This kind of exchange is “open,” and it has intellectual value. On the other hand, I have no desire to claim that it constitutes a “review” process. It’s better than review: it’s learning. I don’t feel that I need to get credit for it on my vita, because the stuff I learn is going to produce articles … which I can then list on my vita.

As far as those articles are concerned, I’m more or less happy with existing review structures. I don’t (usually) learn as much from the formal review process as I do from blogs, but I’m okay with that: I can live with the fact that “review” is about selection and validation rather than open dialogue. (Also, note “usually” above: there are exceptions, when I get a really good reader/editor.)

To say the same thing more briefly: I think the Journal of Digital Humanities has the model about right. Articles in JDH tend to begin life as blog posts. They tend to get kicked around pretty vigorously by commenters: that’s the “open” part of the process, where most of the constructive criticism, learning, and improvement take place. Then they’re selected by the editors of JDH, which to my mind is “review.” The editors may not have to give detailed suggestions for revision, because the give-and-take of the blog stage has probably already shown the author where she wants to expand or rethink. The two stages (“open” and “review”) are loosely related, but not fused. As I understand the process, selection is partly (but only partly) driven by the amount of discussion a post stirred up.

If you ask, why not fuse the the two stages? I would say, because they’re doing different sorts of work. I think open intellectual exchange is most fun when it feels like a reciprocal exchange of views rather than a process where “I’m asking you to review my work.” So I’d rather not force it to count as a review process. Conversely, I suspect there are good reasons for the editorial selection process to be less than perfectly open. Majorities should rule in politics, but perhaps not always in academic debate.

But if people want to keep trying to fuse the “open” part with the “review” part, I’ve got no objection. It’s worth a try, and trying does no harm.